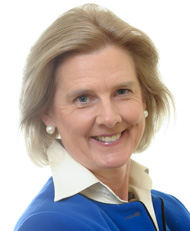 “A teacher and facilitator at heart, I help people help themselves, identify aims and issues, make connections, add depth, develop strengths and skills, and succeed.”

To touch or not to touch? Summary of the debate begun on 3 July 2017

Psychology for my students #18

To Touch or not to Touch? Summary of the debate begun on 3 July 2017 about the use of touch in piano teaching

Thank you for your swift and heartfelt responses to the debate begun last week about using touch in piano lessons (see the Facebook post below).

The post has reached nearly 8,000 people –and numbers are still rising. Well over 100 people took the trouble to share their views.

By far the majority responded that they use touch, so long as the student is comfortable with it. They recognise the need for

The following points were frequently made:

There was a small minority who favoured no touch. They made these points:

We heard two or three very painful stories of teachers who were inappropriately touched in lessons as children, mainly back in the days when abuse wasn’t known and children weren’t listened to, or allowed to stand up for themselves. Yet these people still recognise the value of teaching with touch, albeit with extreme care and sensitivity.

Points were made that we need to understand both teachers’ and students’ trauma histories, home cultures and surrounding social cultures in order to truly understand how they feel about touch.

And, of course, we should all respect differences.

A teacher who responded from the Southern States of the USA was amazed that touch should even be in question. People hug and kiss there the whole time -perhaps too much, she said.

One or two teachers cited abuse in the elite British educational establishments, and made no separation between what’s best and most effective for piano teaching on the one hand, and pre-cursers of abuse on the other. Touch in piano lessons = pre cursers of abuse. Children should not be touched. End of story.

As one teachers said, it’s the communication between teacher and student that is the point, and touch is only one form of communication. It’s not essential (he teaches on skype without touch), but it can be very useful.

Of course we can teach through having our students look at us, listen to us, and copy us. We can communicate ideas, thoughts and feelings verbally, through spoken and written words, and non-verbally, through body language and facial expressions.

And the art of teaching is to find the right kind of communication for each student. But there is no doubt that there are students for whom physical touch is the most immediate. Various teachers observed that many children find verbal instruction harder to follow than being physically nudged into position. And a teacher stated that she was a kinaesthetic learner herself, and would have found it very hard indeed to learn without touch. Another teacher cited a recent experience: his Pilates teacher both demonstrated and explained, but it was only when the teacher gently corrected subtle mistakes using touch that he learnt properly. And this teacher pointed out that not using touch, especially when it’s to help pupils avoid physically injurious habits, is therefore a form of neglect.

Good teaching may also involve the instinctive use of gentle touch:  “A five year old came for his lesson today. His Mum sat only feet away. It seemed natural to touch his arm briefly when he got distracted, and the result was that he quickly re-focused. How can that be bad?”

“Kids need to be touched in a way that affirms them” said one. “Touch is healthy and needed” said another.

MANY FORMS OF ABUSE

We also need to bear in mind that every form of communication has the potential to be abusive. One of the most common and damaging forms of abuse nowadays is verbal abuse via social media. Highly charged, ill-informed and defamatory comments can be made about an individual within seconds, and reach millions in less time than it took to write them.

“Abuse ruins lives for ever. It must stop”. Yes. Any type of prolonged and ongoing abuse has the potential to ruin lives for ever!

(Perhaps if we are to stop using touch for fear of sexual abuse, we should stop talking and writing for fear of verbal abuse?! –Am I jesting?!).

And, yes, there is a general feeling that it’s all gone too far. “My son insists that I ask him first even before I give him a pat on the back” said one.

“I hate that touch has become synonymous with abuse” said another.

“It is sad that we are in a society where we have to be so guarded and cannot trust in people’s basic humanity due to the actions of a monstrous few”.

FINDING A WAY THROUGH

You would have thought that, collectively, we could find a way through that allows for a naturally multisensory approach, whilst also protecting students.

As one person said, it’s time we did some research into how children feel about this aspect of their piano lessons.

We could also try to find out what proportion of people who play well, without ever experiencing discomfort, have been taught without touch? And whether any highly successful concert pianists have ever been trained without touch?

One teacher mentioned a teenage girl who fluttered her eyelashes and touched his knee. This teacher knew exactly how to deal with it. But it may be helpful for other teachers to understand about possible idealisation, transference and countertransference.

It may also be helpful to understand more about why abusers abuse, and how they are prevented. As one person said, “banning "touching" at the piano lesson altogether will not, and cannot, guarantee sexual abuses be uprooted entirely, because studies have shown that sexual predators are extremely cunning, resourceful and adaptive”. And that the most effective way to help prevent abuse is to provide compassionate assistance with skilled therapy. After all, studies have shown that many abusers have been abused themselves.

Most importantly, we need to continue to educate children about the dangers, making sure they know how to respond, and whom to tell, when they find themselves in difficulty.

And if you’d like to know why I used so much touch in that particular video, you need only ask.

I was asked if I would mind being filmed teaching a young student how to improvise for a particular exam option, so that other teachers could learn how to do it.

I was delighted. But there was very limited time available, so no question of re-takes, and a lot to get through.

I use touch as and when needed, so I checked with the young student and mother that it was alright by them, ahead of being filmed. They were both absolutely fine with it, and excited to get going (the mother stayed in the room throughout). The student had never improvised before –quite a tall order to improvise for the camera for your very first time.

So, yes, to help her “get” it (e.g. an unusual RH five-finger position), and to avert one or two impending mistakes (e.g. changing LH chords too quickly), I used much more touch than usual.

Recognising this, I asked the relevant people to add words to the video to state that permission had been obtained from both pupil and parent.

In the U.K., those who teach privately establish their own “rules” directly with students and parents. If they are members of professional associations, e.g. EPTA, they also abide by that association’s Code of Conduct.

When any teacher, EPTA or otherwise, teaches in an educational establishment, they will be contracted to abide by that establishment’s policy. And in today’s climate, it is usually a no-touch policy.

Some people are happy with this. One person said that her school contract stated no touch, and she was comfortable carrying this through into her own private teaching.

Others find it less easy: “The no-touch rule is a myth. Touching in certain instances is absolutely necessary. One just has to be careful”.

And the whole debate is perhaps best summed up in the words of this respondent: “My philosophy is to acknowledge the issue, define the scope of the contact you are going to use, why you might use it, and get on with teaching as best you can.”

Absolutely. Exactly what it says in the EPTA UK Code of Conduct.

And, to answer the one question I was asked during the week: Yes. I was very much involved in the creation of the EPTA UK Code of Conduct as it currently stands, and am perfectly happy with it.

Of course, we make sure our students on the Piano Teachers’ Course, EPTA UK, are familiar with it too.

Thank you, Everyone, for your wonderful contributions. I am very grateful, and hope you feel you have had a fair representation. EPTA UK is planning a Round Table Discussion on the topic in the not-too-distant future, and we very much hope that you will come and take part.

Find out more
Piano by Ear

Find out more
Tuning In: Practical Psychology for Musicians who are Teaching, Learning and Performing

Trinity Improvising Series - How to pass the Trinity improvising option

Why every student should know Happy Birthday, in conversation with Tim Topham

For more information on Tim, and his mission to reignite teachers' passion for teaching with fun and inspiring activities for students, visit his website.